EUCLID is, like the European Central Bank, NATO or the African Union, an international intergovernmental organization (IGO).

It was established by treaty, under international law, in 2008. Its special status is indicated by the authorized use of the restricted “.int” domain.

EUCLID holds a university charter as well as a specific mandate in the field of higher education and sustainable development. It belongs to the exclusive group of intergovernmental universities (see below) having special status under international law, of which the most famous institutions are the United Nations University, the University for Peace, and the European University Institute.

EUCLID’s constitutive text with its charter, approved by its Participating States, was duly registered and published in the United Nations Treaty Series (OMOU/UFA) in December 2010 according to the provisions of Article 102 of the United Nations Charter.

Its primary service is to the government staff of its Participating States, but EUCLID also accepts a limited number of students from the general public as well as officials working for non-Participating States such as Bosnia and Herzegovina, Kenya, etc.

EUCLID has its headquarters in Banjul, Gambia and Bangui, Central African Republic, and is a full member in good standing of the Association of African Universities, and of United Nations Academic Impact, among others. 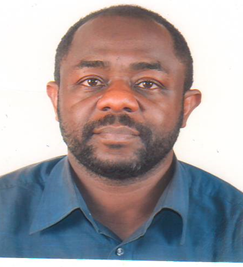 Professor Kenneth Yongabi Anchang, titular professor, and   is a distinguished specialist in Public health, Infectious diseases and Phyto-biotechnology and the 2020 Marc Bopelet Gold Medal awardee by the Cameroon Academy of Sciences for distinguished contribution in public health and complementary medicine. Prof Yongabi has to his credit over 150 scientific publications, more than a 120 conference papers and proceedings, 3 books, a number of monographs, more than 8 scholarly book chapters, several technical papers, several scientific  exhibitions  posters, workshops, consultancies including WHO HPD, UNDP,UNESCO, FCT Science and Tech department, Abuja, Nigeria, with pharmaceutical companies, and appearances in several print, Radio and TV media in Cameroon,  Nigeria and USA,  and more than 100 invited keynote lectures and counting at several International, national and regional meetings with reviews for several local and international journals.  Prof Yongabi’s research covers the African public health systems where he has demonstrated through pilot projects, the limino-cultural public health reality required for Africa, afro-centric health literacy, clinical microbiology, biopharmaceutical and antibiotic development and discovery as well as  the African traditional medical systems detailing alternative, complementary and Integrative medicine, phyto-medicine, water and sanitation and bio-public health-engineering. He has 6 licensed and listed health products (Food and Drug regulation-NAFDAC) natural derived phyto-supplements for the management of cancer, hepatitis, HIV, diabetes, Libido enhancement and weight loss with 2 patents.  Professor Yongabi is an adjunct Professor of Public Health and Infectiology at Claretian University of Nigeria and the current, Head of department, Public health and Dean of the School of Health Sciences and Director of the University Centre of Excellence for the Promotion of Indigenous Knowledge and Technology of the Claretian University of Nigeria. He also coordinates the African Union Scientific Research and Innovation Council (ASRIC) Afro-centric working group on the Use of Indigenous knowledge to control infectious diseases on the continent such as COVID 19, Lassa fever and Ebola haemorrhagic fever to mention a few.